I thought I would talk a bit about my process on where my brain was going in this photo. I wanted the Red Queen to be sort of welcoming Alice into her forest area where the rocking horse flies were coming out around here, over grown mushrooms and this way or that way trees in the back. Instead of actual playing card guards it’s more of a book cut out morbid type of thing.

I wanted it to be ‘dark’, but not so dark to where it’s like twisted Alice type deal here. Like some sort of soft line of Dark and Light. So this is what I came up with. I’m pretty proud of the photo after my first attempt which was horrible! My friends were like Eww when I showed them the photo, so this was a better attempt and I must say that I love this one over the first one. 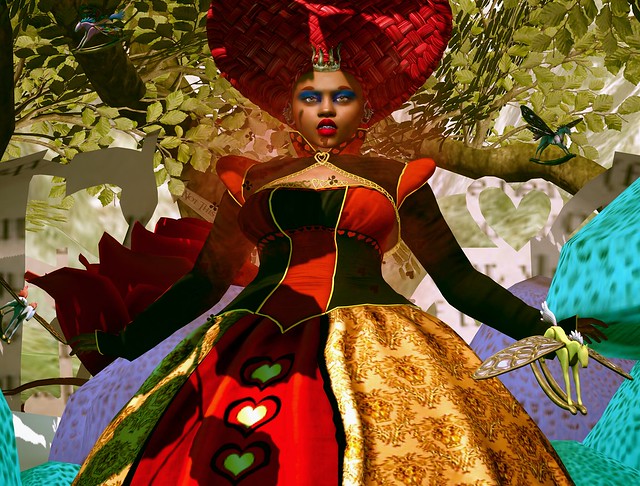